I am thinking of returning my Apple Watch

It should be stated that I am not a watch guy. The Apple Watch was the first watch that I have purchased for myself since the sundial watch I bought as a gag in the eighth grade. In my past life as an acrobat and a clown it was not very practical to wear anything on my wrists so the only jewelry I have worn with any regularity are my wedding and engagement rings.

I went with the stainless steel 38mm because it was smaller and even though I am built like a fireplug I think of myself as pretty dainty. I also preferred the midnight blue modern buckle to the leather straps that are available to the 42mm watches.

When I learned about the watch. I was excited. It is a new product, a new SDK, a new set of interfaces. I even built my first watchkit app without even having a device. I am hoping to write about that experience at a later date.

We are all beginners again (sort of)

WWDC has ended and it will be missed.  For iOS developers the world over, the beginning of end of WWDC marks the start of Beta season. Beta season is where iOS devs get to spend every few weeks downloading a new version of Xcode and a new set of API changes and hope that those changes didn’t undo our previous two weeks of work. It is an exhilarating dash to get apps out and ready before the new phones drop in September and iOS(current++) is released.

I don’t mean to sound harsh, I say all of this out of love. Developing for iOS has allowed me to do the best work of my career and to have the most fun doing it.  Apple’s summer crush of new features is a very marked contrast to the system that Rails and JS developers have to deal with where a new frameworks are released daily.  One framework (call it Toad) will be quietly released. Soon it will gain adherents and github followers, and...

Secret and the tyranny of complex opinions

I have been using the app Secret for the past few weeks. I keep coming back because I was raised catholic and am intensely attracted to confession. Being a gentleman of a certain age it also hearkens back to the good old days of the Internet, when no one knew you were a dog.

If you have not used it, Secret is an app that uploads and supposedly anonomizes your contact data and then dumps you into a stream of free flowing Confessions from people you may know. Each secret is tagged a being either from a place because it is popular, from one of your friends, or a friend of a friend. One can also comment on Confessions and heart them. Comments are handled by assigning a random icon to a user for a single secret which allows for a bit of back and forth.

What has been interesting about the whole thing is that since you may know the people you are speaking with things tend to be a...

The first time I downloaded flappy birds I played it a few times and quit. The art was terrible, the controls were bunk and it was really really hard. So it got deleted. 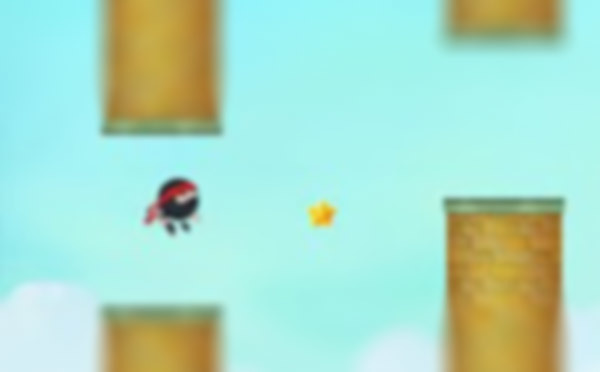 I only downloaded it again because the developer was taking it from the app store, and in this time of plenty there are few things that boil my blood more than scarcity. Since then, quiety but steadily it has become my go to casual game. I am not obsessed about it in the same way that some people are, and I do make fun of my co-workers who can sink hours into the game, but I am finally understanding why the thing is so satisfying.

Flappy Birds is a simple game. One taps the screen in order to keep a bird aloft while it moves at a constant speed through a series of gates created by tubes (very reminiscent of a certain Japanese-Italian title). If you touch the ground...

How the circus prepared me for a life in technology

In college and for the ten years after I was an artist, a performer, an actor, a clown and an acrobat. Like every career in the arts, it had its ups and downs, thankfully I had more ups than downs and was amazingly able to put together a comfortable life in Chicago and the Bay Area doing what I love. My thirties began with me working with some of my heroes, true clowning greats, in excellent venues in an awesome city. It was also coupled with the nagging feeling that these people who I truly respected, did not have the kind of life that I wanted.

I began looking for another way to make a living, and I came back to one of my first loves: technology. My father had bought me my first computer when I was 8 years old (an Atari) and my uncle gave me a subscription to Home Computing Magazine which had basic programs written in the back. I would transcribe these messes of GOTOs into that...

How I have been missing my commute

Since I live at the end of the world and work in downtown Oakland I usually have a hella commute. Monsoon has been pretty great about it, allowing me to work from home two days a week among other perks. It is awesome but there are still days were I spend two hours on the bus.

I thought it was bad until I started doing on-sites for some clients, where I need to drive. Now my commute takes less time but I feel that I am wasting more of my day.

In my youth my commute would be spent reading a book, but now that I do what I love my preferred time on the bus looks like: